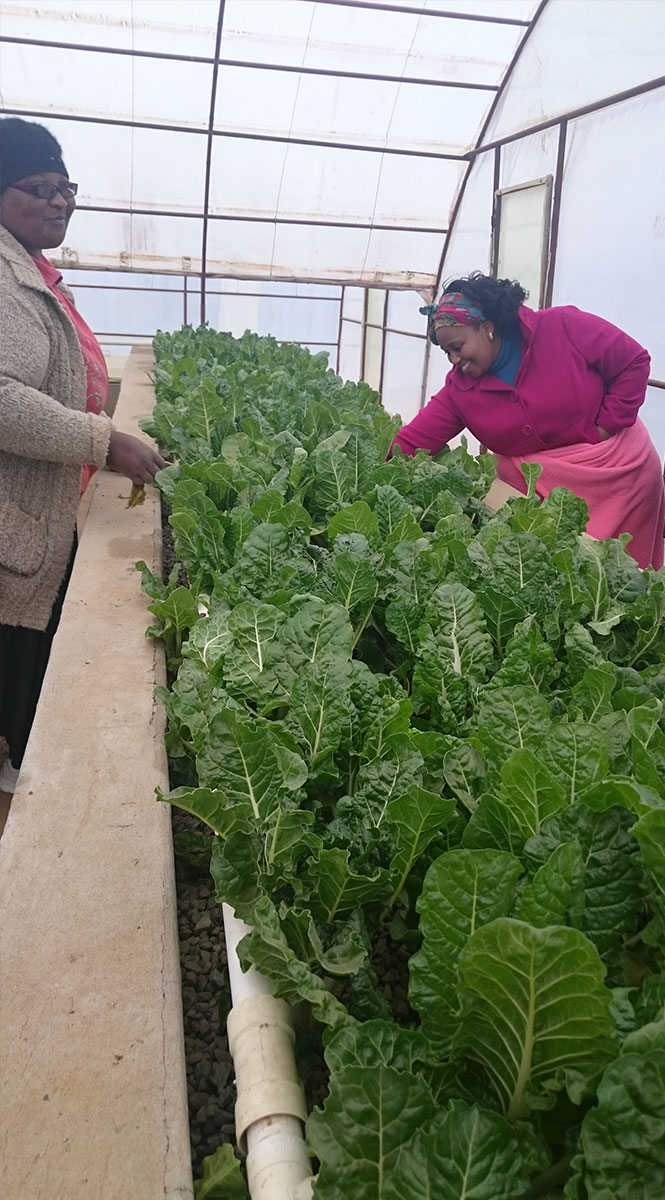 A Brighter Future for Disabled Producers

Rosie Mateko worked as a teacher in South Africa for 14 years before suffering a severe stroke that left her disabled and forced her to resign from her educational career. It was difficult for Rosie to come to terms with what had happened to her, and she felt a deep sense of loss in addition to the pressure of having to support her four children and two granddaughters as a single, disabled mother.

Rosie began talking to other disabled people about empowering themselves, eventually leading the organization of the Monyakeng cooperative group. When INMED first met Rosie, the group was generating some income from sewing, cooking and basic gardening, but the members were still struggling to provide for their families.

Through INMED’s Adaptive Agriculture Programme, the implementation of aquaponics—a combination of aquaculture and hydroponics—has opened new opportunities for success for Rosie and the Monyakeng group. Aquaponics is particularly suited to the needs of the disabled, replacing traditional cultivation methods that they are not physically able to perform.

Rosie’s leadership was acknowledged when she was named Best Subsistence Producer for her district. Having entered the entrepreneurship competition several times before, she finally gained notice for her work with aquaponics. Rosie received a certificate and a cash award, which she invested in the cooperative.

All the cooperative members share in the group’s success. The programme, says member Ennica Mbhele, “has brought us something new that has already changed our lives. We will be able to generate profit in this project, which was something difficult to do. Our [group] is now totally different compared to the previous years, because we as the members now have a good commitment, cooperation, and with INMED we move forward.” Ultimately, Ennica says, “I see many things in the future because we will be able to create some jobs for the community. Our project is going to grow bigger.”

Rosie agrees. “Because of this project, some of the members who had lost interest because they were not getting much are now working hard to make the project a success.”