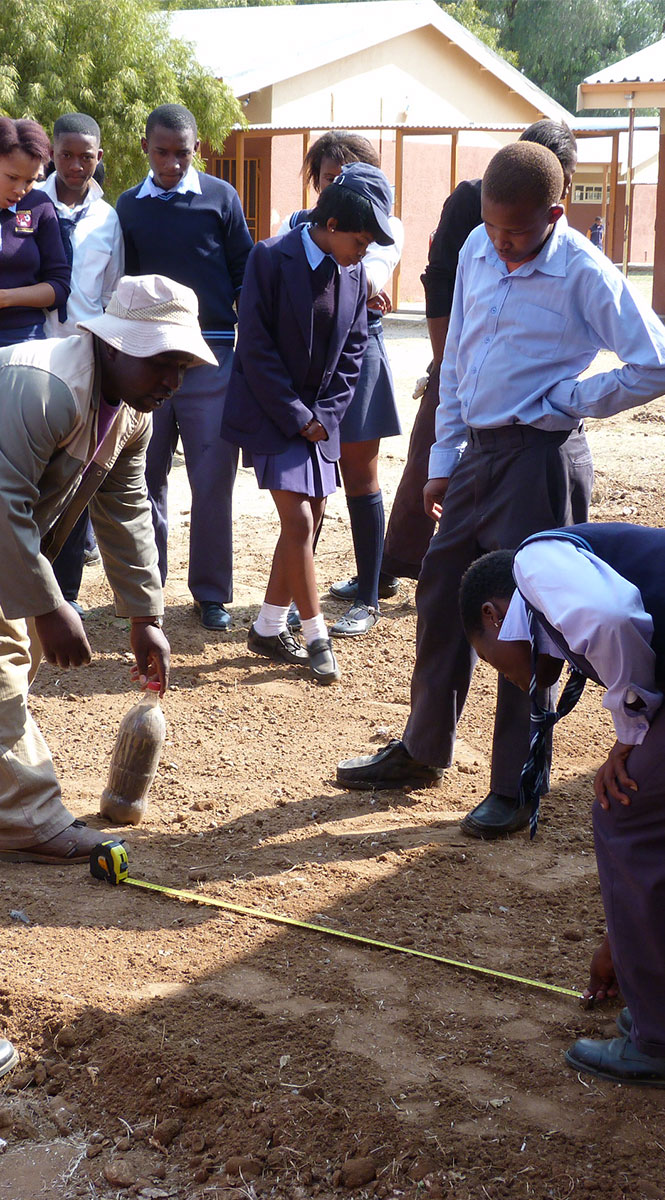 Gardens of Hope in the Free State

Rainbow High School and Repholositswe Secondary School serve students in two impoverished rural communities in Free State, South Africa. Both areas are plagued by violence, and students have few opportunities for extracurricular activities. INMED’s Adaptive Agriculture Programme worked with the schools to create gardens to provide both nutritious food for school meals as well as an outlet to give youth something productive to do after school.

The students’ response exceeded expectations. “We have 90 students in our environmental group and they kept on asking us when we will start the garden and were so interested to learn how to do different things,” notes Repholositswe’s environmental education teacher, Agnes Moletsane. “They were so excited about helping set this garden up and even making their own gardens like this at home.”

Teachers at both schools emphasize the importance of the environmental club and the students’ work in the garden as an alternative to the gang activity so pervasive in their communities. Mrs. Moletsane notes that the club helps to keep learners busy after school. In fact, she proudly reports that some club members who used to be gang members “have now assumed leadership roles.”

Ishmael Serame, the leader of the environmental club at Rainbow, which started with a small, neglected garden, shared his perspective on the garden’s power in offering an alternative to gangs. “This year, one Grade 11 boy, who was a well-known gang member, was invited by a friend to come and help at the vegetable garden.  After he saw what others were doing after school hours, he asked if he could also join the club. When asked why he would like to join, he simply said that he realized that there are more positive things to learn after school than just go home and hang around with the gang members causing problems in the community.”

The success of this programme has given students and teachers a sense of pride and enthusiasm, which has led to far-reaching changes in each community. Both Mr. Serame and Mrs. Moletsane report that their students are applying what they learn by developing their own gardens at home. Mr. Serame adds that his students “have already indicated their interest in studying agriculture when they complete high school.”