Perhaps the most compelling example of the transformational impact of INMED’s Health in Action programme, and the epitome of what INMED strives to accomplish with this programme, is from one of the student participants. Khunedi Mashishi was a fifth-grader at Paradise Bend Primary School in Diepsloot, Gauteng when our team at INMED South Africa first met her. An avid runner, Khunedi has big dreams of competing in the Olympics one day.

She has won 32 medals since she started competitive running in 2013. In fact, Khunedi runs so fast that her school mates have nicknamed her Caster after 2016 Olympic Gold Medal runner Caster Semenya. In 2017 She won a regional gold medal and was invited to compete nationally.

The child of a single-parent impoverished household, Khunedi was unable to afford the travel and lodging expenses to participate. Thanks to INMED, which covered the expenses and special apparel, Khunedi not only participated but also won the gold in the national event. Since that time, INMED has helped Khunedi secure a scholarship to a boarding school in Johannesburg known for its athletic training programme. Look for Khunedi in the 2020 Olympics. INMED will be cheering her on! 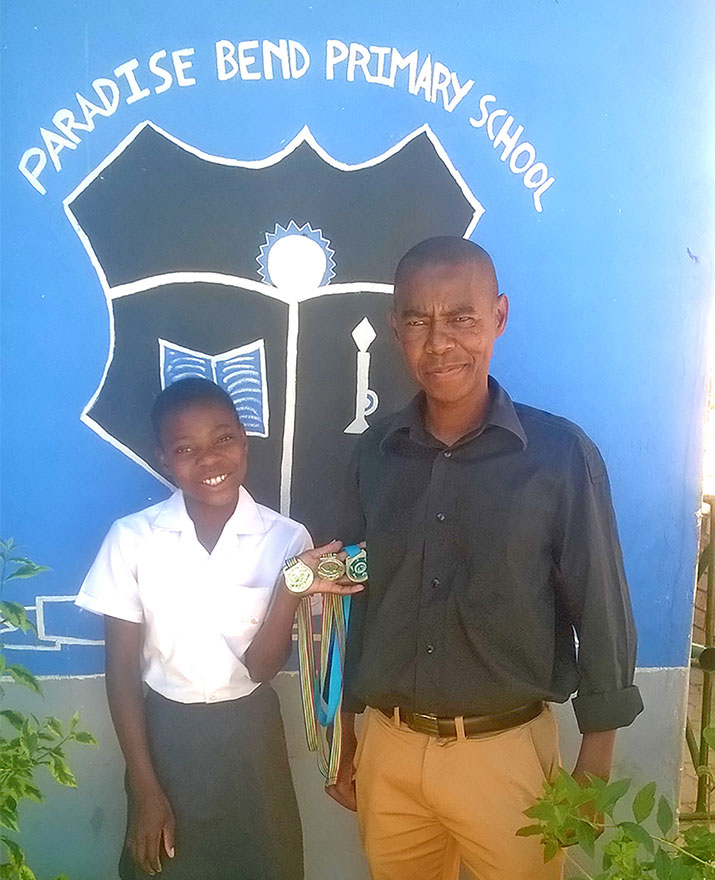