The Thabelo Christian Association for the Disabled (a struggling farming cooperative located in a remote mountain village in Venda, Limpopo) works to feed and support an extended household of approximately 40 family members. Each of the cooperative members has physical disabilities, such as missing, deformed or wasted limbs—some as a result of polio.

The leader of the group, Wilson Mphaphuli, is married to a woman who is also disabled. The couple has three children, one of whom also has a moderate mental disability. Wilson suffers from a deformed leg as a result of polio, which makes it difficult for him to walk or stand for long periods of time. He has lived in the village for his entire life and worked for a time for a local builder. But when the economy deteriorated, Wilson was let go and has not found employment since.

“It is always difficult to find employment when you are disabled and with limited formal education,” Wilson admits. “People always opt to employ able-bodied people.”

Through INMED’s Adaptive Agriculture Programme, the Thabelo group received a commercial-scale aquaponics system—an innovative, high-yield, simplified technology.  INMED also trained the group in more efficient, sustainable traditional agriculture practices. Now, the programme has transformed Wilson’s outlook and his prospects for self-sufficiency. “We now see things in a different way and we now always have hope for a better future, which we didn’t have before,” he says, even in the age of global climate change.

When the area was hard-hit by severe storms, all the group’s traditional crops were wiped out by flooding. Yet the aquaponic crops grown in the sturdy, raised and covered cement units were unaffected.  Local residents, whose crops were also damaged by the floods, came to the group’s farm every day to buy vegetables, since the Thabelo farmers were the only ones who had fresh produce available. The group has since retained this local market, having built a reputation for quality produce.

The Thabelo group’s most notable success over the past year is a more than 50% increase in income compared to the previous year as a result of business planning to guide their investments in new inputs and expansion. The group has also able to create jobs for the community for the first time, hiring temporary workers on a regular basis for physically demanding tasks in their traditional agriculture activities. 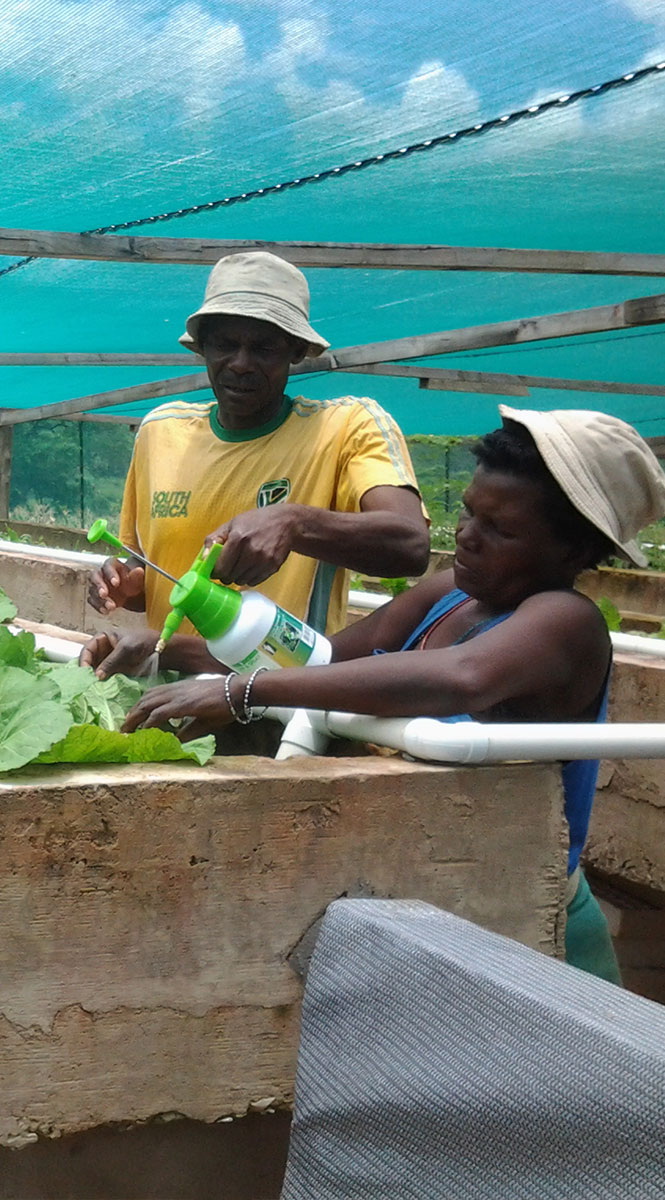